Mindful parenting sounds like a cool concept, doesn’t it? Like something a new age self-aware parenting guru might say in their latest book, or a catch phrase you’d read on social media.

If you aren’t really sure what mindful parenting is, it’s OK to sheepishly raise your hand. I didn’t know much about it either until recently. While it might sound like a lofty concept, it’s really very simple. As a parent, being mindful means you are aware of your emotions and physical experience while also being aware of your child’s emotions and physical experience.

When you parent from that perspective, you are simply more attuned to your states of being in the moment. That’s it. No hocus-pocus or self-actualization required. Just operate out of really being present. It probably happens by accident for you sometimes and you just don’t know you’re doing it. Let me share a recent example in my life.

My 15 year-old daughter told me one Sunday morning that she had stubbed her big toe pretty hard before going to bed the night before. It hurt at the time, but she didn’t think much of it and went to sleep. After she woke up, she realized she couldn’t bend it and it hurt more than before. Her afternoon schedule included going to her job at a fast food restaurant for three hours and then going to a dance practice for two hours. She also marching band practice every morning the next week and faced a competition that Saturday.

Once she realized the impact her stubbed toe would have on her day, she began to tell me her story. As she got to the part about her job and dance practice, she sounded increasingly more frantic. Her breathing became more rapid and she was starting to cry. She didn’t think she could stand all day long and was afraid her toe might even be broken. She insisted on going to the doctor that afternoon to get an x-ray.

I could see that she had a problem. Her toe was pretty swollen and a little discolored, but I was not as sure of her bone fracture diagnosis as she was. I was fairly confident she’d feel some relief if she elevated it, iced it, and took some over-the-counter pain medication. Even if it did turn out to be broken, that’s how we would treat it anyway for the afternoon.

I knew she wasn’t going to hear me if she remained flustered, so I took a quick self-scan to make sure I looked as calm as I felt. I was sure that my demeanor, posture, and breathing radiated calmness, so I went ahead and started talking. I made a deliberate effort to choose specific words and speak slowly. I dropped my voice a little lower than my normal tone and spoke more quietly since we were sitting close to each other.

I acknowledged that I didn’t 100% know how bad her injury was, but told her what we were going to do to treat it. If it got worse instead of better, we’d know it was time to see a doctor. If not, we’d continue with the home treatment plan until her toe was in good shape.

Even though some of my words recognized the uncertainty of her situation, my mannerisms and presence reflected calm and confidence. I was going to help her, she would get better somehow, and we would figure it out no matter what. As I spoke to her, I could sense my calmness being transferred from me to her. I sent it and I could see that she received it.

“The tension gradually drained away”

The tension gradually drained away from her voice as she responded to my questions and talked about her upcoming afternoon. She stopped crying and we were able to just talk for a minute. We agreed to start right away on the treatment plan and would cancel work for the afternoon. If her toe didn’t get worse, she could sit and observe dance class with an ice bag on her foot. But if it got more painful and swollen after hours of appropriate self-care, I was prepared to take her into an urgent care clinic.

While she was still bothered with the way her plans were changed, she understood why this approach made sense. As she rested, she remained calm for the rest of the afternoon. Her toe improved quite a bit and she did attend dance class to watch.

Clearly, her toe wasn’t broken. But for a time, my daughter’s world was turned upside down. She wasn’t doing a great job of managing herself and she really needed my help. My mindfulness allowed me to be attuned to myself and to her in-the-moment needs. I was able to deliver the calm presence she needed to take care of herself.

Once she became grounded, her natural self-management skills took over and she owned her treatment plan. Just before I went to bed that night, I realized I’d executed a perfect example of mindful parenting without trying to “do mindful parenting.” Whoa.

Maybe you’ve done something like this before too. I’ll bet you have. Think about a time when you’ve read your child’s needs and then deliberately created a calming presence for them. See? You’ve been doing this mindful parenting thing all along. You just know what to call it now.

Try this on purpose today – make a clear effort to be mindful of the next few interactions with your child. Notice your own experience and pay close attention to the behaviors and expressions of your child. How can you tell what each of you are feeling? Is your child doing well or do they need your help at the moment? 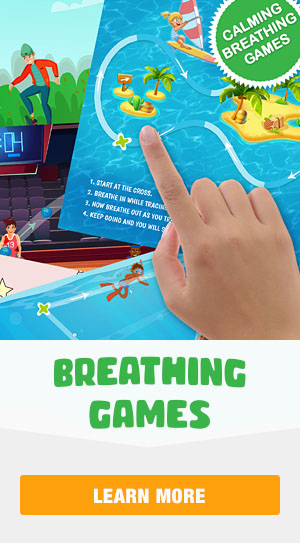 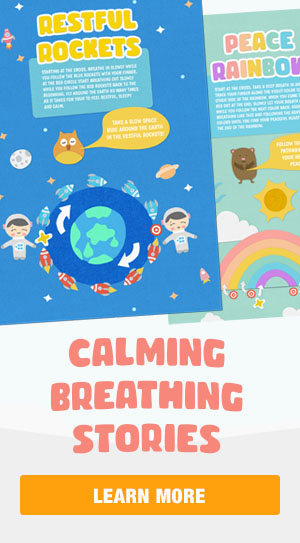